Going back to a Classic Toy 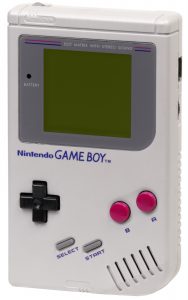 With the game scene changing to computerized games, it is nice to be able to play with a classic such as play dough. It is nice to know there are still classics to enjoy. Let’s take a look at one classic.

In the mid ’50’s, there were two men who came up with an idea. This idea still carries on now and continues to be loved by children all over the world. They made a way for you to play with dough.

When this product was first invented, it was for cleaning wallpaper. One of these men’s’ sister in law needed something safer than clay for children to play with. She let her child play with the dough and soon, Play Doh was introduced into the school system. It was love by all who came in contact with it. It became an instant success. The brothers’ formed a company and soon went nationwide with the product.

Getting the word out was a very important part of the success. Several children’s’ programs gave their blessing over the new found product. This made Play Doh very popular nationwide. Their symbol was a boy wearing a beret. As time gone on many accessories were added. This allowed them money to research further products.

Many years later they added new colors, different smells and some you could see in the dark. There has been over a billion cans sold since the creation.

It is top secret as to what items are in Play Doh. We do know there is water and flour in it. There is some type of petroleum in it to make it smooth.

Play Doh is sold in all parts of the world. You may want to have a party on the 18th of September.  That’s a holiday for Play Doh. Children are still loving it today.